MunizO was announced in the first round of artist for Indie Week Canada 2016!
Link to the announcement 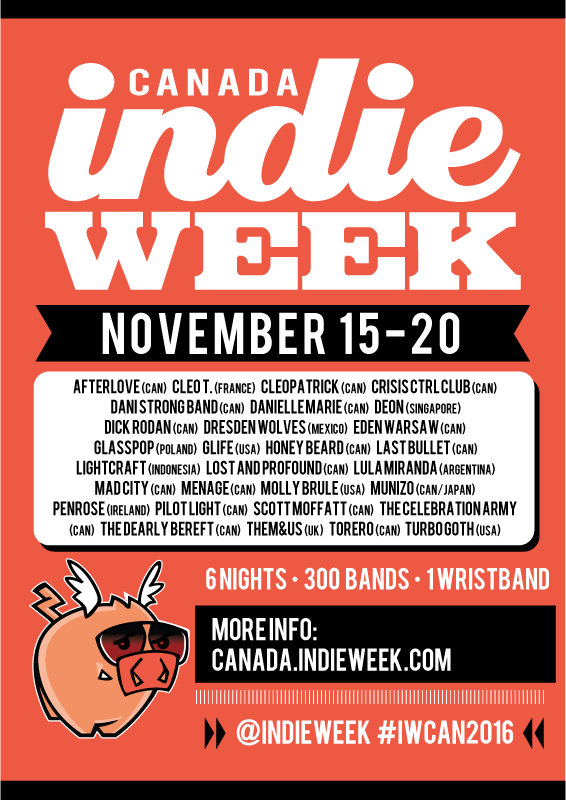 ABOUT INDIE WEEK:  Indie Week is an independent music festival founded in Toronto in 2003. After 6 years of great success in Ireland, Indie Week Europe expanded in 2015 with Manchester, UK as its new host city. Indie Week Canada is a one of a kind experience. Emerging artists perform in front of the music industry elite for a chance to win the “Best of the Fest”, and the grand prize of a trip to Manchester to headline Indie Week Europe 2016. Indie Week Canada also hosts a conference called Indie101, featuring panels in social media, tech, music and more, plus industry mixers, after show parties and demo listening sessions.